A fantastic effort to bridge the gender divide

As a film maker , researching inequity and disparity for stories of strength and resilience is what I do even when not making films. The last few weeks, I have been pondering over the impact of art on society. It started with the film, Hidden Figures, which did a fantastic job of telling the story of 3 acclaimed black women who changed history. The film had more of an impact than real life – so much so that inspired by the film, the US State Department created an educational exchange for women in STEM (Science, Technology, Engineering and Mathematics).

Living in the Silicon Valley, I find the San Francisco bay area a strange mosaic. The world’s most innovative, bright and prolific people concentrate amongst our ranks, yet we fail to find the narrative of progressive parity. In a recent survey conducted by the New York Times, the gender lines are so drawn that men and women have still not figured out how to socialize with each other. Gender roles are predefined in a manner that women increasingly operate in a world where they must go to extreme extents to make their voices heard.

The percentage of women in tech has plummeted in the past 25 years. Silicon Valley must face this issue head-on and reverse this trend. pic.twitter.com/yo69RQfAdP

Do we have female substitutes for a Bill Gates or Steve Jobs? An important question to ask is: As technology takes over every aspect of human lives, how do we create role models for a new generation of girls and young women?

For so many decades, women have not experienced the same career opportunities presented to men. Women, especially in STEM, are often sidelined because they are erroneously believed to be incapable of solving hard problems. Many such incorrect assumptions abound, are routinely made and propagated even amongst the most progressive of corporate environments.

Companies are engrossed in creating frameworks that limit their legal liabilities. They are far less focused on creating organic understanding of normal working relationships between men and women or promoting a natural, healthy interaction between the two sexes. It is extremely difficult to evaluate the health of our workplace culture because objectionable conversations rarely occur in the open.

Not so anymore. The last few months have shown that women no longer want to have these experiences swept under the proverbial rug. At the intersection of this revolt and a push back lies a work culture that still needs to be repaired. I have long searched for a solution for this adversity but private, closed door conversations, HR interventions and lawsuits are really just reactions to the symptoms – not a sustainable solution.

Thankfully, all hope is not lost! Some organizations are starting to rise up to make sure that women aren’t left to fill up the back row seats anymore. Just a few days ago, as I pondered over my dilemma, I came across a refreshing new perspective that is the brainchild of a San Francisco based non profit, Menina Kaj Femme.

The Non profit hosts its annual Global Women in STEM Conference and Awards in partnership with Mobile World Congress on Sept 11-12 in San Francisco. The conference is supported by more than 100 thought leaders, both men and women, politicians and industry mavens who want to be engaged in the conversation and encourage equal opportunity for women in fields as diverse as government, Smart Cities, Transportation, Climate Change, Cybersecurity, the future of AI, AR, VR, Robotics etc etc. To encourage more women entrepreneurs, VCs and fellow entrepreneurs will be on hand to help them walk through the challenges.

Tom Steyer, the San Francisco based leader who leads the war on climate change will talk about renewable energy. Laurie Yoler, the founding board member of Tesla will share her thoughts on the future of transportation while Vinod Khosla, a preeminent venture capitalist will lead an open Q & A for the audience. Lauren Schmidt, representing DuiX (Dept of Defense Innovation Fund) , will lay out DOD’s investment priorities. Kate O’Keeffe representing Cisco’s hyperinnnovation lab CHILL will offer her perspective on bringing together diverse corporations and interests to generating ideas that will lead to breakthrough services, businesses and products.

Catering to the needs of a diverse, global audience and women in STEM, many other leaders will present their views including Ann Winblad who is a pioneer in VC investing, Tory Burch, the famous designer who also runs a foundation for women entrepreneurs, Anarkali Honaryar, the first woman parliamentarian from Afghanistan, Dru Ramey, the beacon of human rights in America etc.

The 2 days at WiSTEM this year will be exactly the conversation we want to have. A conversation about not being anchored in the past but building a cohesive future where men and women are both vested in the same outcome – economic growth and capacity building.

Where men and women are not segregated by arbitrarily defined capability but deeply entrenched in each others success, the lessons from Women in STEM Conference may show the path to end the gender war for women in STEM. The start of a new beginning. I am excited – see you there. 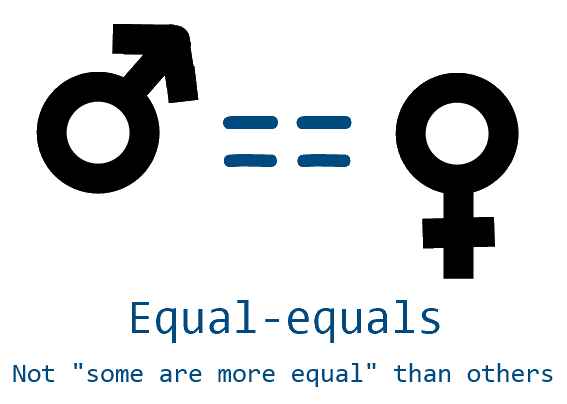 Credit: BY CARROT LORD (GIMP AND PAINT.NET TO CREATE THIS.) [GFDL (HTTP://WWW.GNU.ORG/COPYLEFT/FDL.HTML) OR CC BY-SA 3.0 (HTTP://CREATIVECOMMONS.ORG/LICENSES/BY-SA/3.0)], VIA WIKIMEDIA COMMONS